The annual CodeLaunch Startup Competition has given many companies a head start on the journey of entrepreneurship. And for the select few who have won at CodeLaunch, their victory can be a tremendous catalyst for growth and progress.

We recently caught up with Matt and Megin Sharp, owners of KidStrong—and winners of CodeLaunch 6 in 2018—to talk about their own startup journey. From their beginnings pre-CodeLaunch, through the event experience, and moving forward, the Sharp family’s story is both inspiring and motivational.

The inspiration behind KidStrong happened when Megin and Matt’s daughter turned 13 months, or as Megin says, “when she developed personality.” From her educational and coaching background, Megin knew how sports and movement affected the brain, social, and emotional components of a child. In her experience, she had seen struggling children and noticed a correlation between activity and social intelligence. She expressed to Matt that she wanted to get their daughter involved in a variety of activities and to learn how to be around other children.

However, after trying many programs, they couldn’t find exactly what they were looking for. They were seeking structure. Matt is “an entrepreneur by blood,” according to Megin, and adding in her experience as a teacher and coach, they decided to start their own program, which would later become KidStrong.

KidStrong began in 2015 as a self-funded prototype store in Lexington, Kentucky. They rented out another gym’s warehouse, and even though the building didn’t have a working AC, they had 20 children attend. It was a huge hit with parents and children alike.

The “10-second pitch” is that KidStrong is a training program designed to develop mental, physical and character skills in kids from 15 months to 13 years old — using curriculum that’s “built by science and taught by pros,” according to Matt.

It quickly gained popularity around their community, attracting immediate interest from investors. The idea came about to build a second model store and a corporate headquarters in a family-oriented city with great growth potential. After visiting Frisco, Texas — one of the fastest-growing cities in the U.S. — the Sharps had found their new home and HQ. They sold their house and car, donated half their belongings, packed up their three small children, and headed to Texas.

“Frisco is like Silicon Valley for a family business like KidStrong,” said Matt. “It’s an amazing confluence of family demographics and entrepreneurial energy and ecosystem.”

Having just moved to Frisco and opened up shop, the KidStrong team was focused on creating successful locations with amazing classes. Around that time, Matt and Megin saw Code Authority President Jason W. Taylor being interviewed on a podcast, discussing the CodeLaunch competition.

Matt and Megin had always wanted to have an online version of their concept, but figured they were at least a year away from making that transition. But then they realized that CodeLaunch could be an opportunity to fast-track their dream of getting KidStrong into millions of homes.

The Sharps knew it would be a longshot, but they felt like KidStrong had a very solid foundation and just needed assistance with the technology component. Hoping that CodeLaunch would be an opportunity to kick their online efforts into high gear, they decided to enter the competition.

“We said to ourselves, let’s test it and see if anyone else thinks this is a good idea,” said Matt. “And if it works, it forces us to think through this roadmap a lot faster — which is usually a healthy exercise.”

The Sharps decided to apply and even landed a meeting with Taylor. What was supposed to be a five-to-ten-minute pitch meeting turned into 45 minutes in which everyone realized that the Sharp family was “all in” for CodeLaunch.

An “Awesome Experience” at CodeLaunch 6

So, it was on Wednesday, August 1, at the Dr Pepper Arena in Frisco that CodeLaunch took place. Megin and Matt practiced their big pitch a lot, and when they took the stage, they were able to get the crowd on their side with their authenticity. “We don’t try to be anything we’re not,” said Megin. “We were just being ourselves.”

They still thought they were a long shot. But after their lively and engaging pitch to the judges, they felt good. And when the two winners were announced, KidStrong was called back to the stage as the first CodeLaunch winner from Frisco.

They had just been happy to be there and the Sharps say that it was surreal to have won — it didn’t sink in for a while.

“It was an amazing experience to be a part of CodeLaunch, and even more amazing to be a winner,” said Matt. “Megin and I had an awesome experience — it was really cool from start to finish.”

Megin added: “It’s all about creating the most impact. Whatever’s best for the kids, that’s where we focus our attention. And winning CodeLaunch — an amazing experience from start to finish — means we’ll be further along towards our goal of helping kids on a larger scale.”

The Hackathon (and its Results)

Each CodeLaunch winner is rewarded a three-day hackathon with a five-person team of expert architects, designers, and developers. The goal is to give the recipient a huge push forward in developing their business in as short a time as possible.

The KidStrong team was excited to spend time with the team — taking the ideas they’d had for a long time and actually put some code behind it.

Working closely together, they were able to get to an MVP very soon. In fact, the overall solution came together so quickly, the team cut the scope to a two-day deliverable — and provided the Sharps and the KidStrong team just what they needed.

“It was a great experience, and the team was awesome,” says Megin. “They were able to get a tremendous amount of work done in a short time!”

Matt agrees: “It’s a big chunk of what we need to really launch KidStrong to the next level, and it’s led to a whole host of other opportunities for us.”

Their CodeLaunch win earned the Sharps tremendous exposure, especially throughout the DFW Metroplex. They’ve been asked to serve as guest speakers, they’ve attracted a lot of people who want to work for KidStrong, and they’ve spoke with a lot of potential investors.

There’s a bunch of good news for KidStrong:

The future is bright for KidStrong, and their goals are tantalizing. Matt and Megin are looking to open as many locations as possible — as long as they maintain the same quality and standards — while also growing the online side with a successful app launch.

“It might sound crazy,” said Matt, “but we’d love to reach a million families at some point in the future. We think there’s a real need for this. There are a lot of parents looking online for solutions — and we want to be the place they go to find them.”

Advice for Entrepreneurs Applying to CodeLaunch

The Sharps are happy to share their thoughts with anyone thinking they might want to participate in CodeLaunch. Their top tips:

“If you’re missing one of those, it’s not a business,” said Matt. “You have to have those items figure out. Nail those three, and you’ll be in a great position.”

“There is never a good time to start,” said Megin. There is always something going on in our lives, but you just need to start it and figure it out because you’ll be happy you did. She says that you may look back and laugh: “If you can look back, and you’re a little embarrassed, that means you did something right.”

The Sharps know that the last few years have been “a wild ride,” but they understand that the next few years will be even wilder.

“We have a lot of really cool stuff in the pipeline,” said Megin. “And we’re obsessed with helping kids. Because of CodeLaunch, we’re on our way to doing that on a greater level than we ever thought possible!”

CodeLaunch is an annual seed accelerator competition between individuals and groups who have software technology startup ideas. The event was founded by Code Authority, a software development company in Frisco, TX in 2012.

Since its inception, CodeLaunch has accelerated numerous startup companies and has curated over 1,000 applications from all across the United States and Worldwide. The purpose of the competition is to accelerate the best startups with mission-critical seed services provided by sponsors. There’s no cost nor surrendered equity to participate in the competition and all ideas are protected under an NDA.

CodeLaunch 8 will take place Thursday, November 5th at the Comerica Center in Frisco, TX. In addition to the entrepreneur competition, CodeLaunch features a Startup Expo trade show that is beneficial for other startups who can meet up, network, and connect with interested supporters and investors.

Click here to learn more about what’s new for CodeLaunch 8 or RSVP to the CodeLaunch event on November 5th! 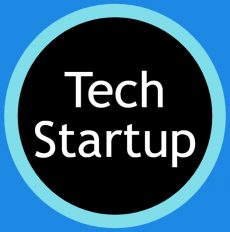