Cyrannus is digging into the deception that unfortunately takes place in the startup and tech worlds. The newly launched blog is working to help investors and venture capitalists learn about and avoid fraud and deception.

“Cyrannus is a technical due diligence blog for investors and venture capitalists to assess high-tech feasibility in their investments and technologies,” Founder Lee Mosbacker said.

Lee has had unique experiences that have provided him with rich knowledge of the inventor mindset. His background is in physics, but he has spent time as a software engineer, device physicist, and optical physicist. He got into artificial intelligence and even understands a baseline of quantum physics that goes into more of the advanced technologies that people are investing in.

However, his biggest asset may be his keen skeptical eye for the ways that technologies are promoted, and the way that inventors can fool others and even themselves. Lee told us that a lot of times, investors see the hype that certain startups or venture capital have around them. Without fully understanding the technology that goes into creating the product or service, investors buy into the hype. This can result in significant consequences.

For people who may not understand the need for this kind of blog, Lee told us he has personally been burned before. Fraud was taking place at a company he was working for, and it took him and his colleagues a couple of months to uncover it.

“A university professor was manipulating data, lying to investors, fraudulently creating prototypes that did not work though they said that it worked,” Lee said. “Instead of justice happening, they left the company and received a prestigious award for the work that they did.”

Lee’s parents were activists throughout his childhood, taking on big banks and Washington to make changes as poor Ohio farmers. From an early age, they instilled those values into him. That’s why he feels so passionate about the blog.

Lee recently moved back to Columbus, Ohio after living in the Bay Area for a decade. Many of his friends are tech leaders and capitalists in the community, but they also really care about the things they are building and putting into society. They introduced Lee to the Conscious Capitalism community (a major part of CodeLaunch’s identity) and met the CodeLaunch team there.

Lee jumped at the opportunity for Cyrannus to become not only a CodeLaunch sponsor, but the presenting sponsor of CodeLaunch Ohio 2022! He sees that it’s difficult to find technical partners in Ohio compared to somewhere like the Bay Area, and believes CodeLaunch does a great job in bridging that gap.

“You can have the best idea in the world, but the biggest challenge would be finding the right technical team to build the product or just MVP,” Lee said. “What I love about CodeLaunch is that it kind of decouples that challenge. You’re seeing ideas and possibly connecting those ideas to capital. And if you make it to the finals, you get access to a professional team of coders who care about the outcome.”

The first Cyrannus blog post has been published! It’s about whistleblower rights and protections. The next article will look into the feasibility of a local unicorn’s claims. The blog will publish a new article every week. 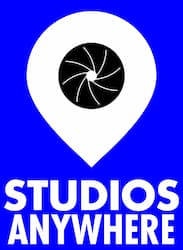